Following the UK’s decision to leave the EU in last Thursday’s referendum, we have spoken to senior contacts at several leading banks in Spain to get an idea of how the Brexit vote may affect Mortgage Direct and our clients. With no exceptions, the banks have told us it is “business as usual” in respect of mortgage lending to foreign buyers, including the British. For example, the president of Banco Sabadell, Josep Oliu, has confirmed that they will not change their lending policy to UK nationals and residents as a result of the referendum.

The most obvious immediate impact for British clients has been the drop in the value of Sterling, which clearly makes buying Spanish properties more expensive for them, both in terms of cash required for the actual purchase and ongoing property costs, which of course includes their mortgage payments. Currently, the rate is around 1.20 Pounds to the Euro, having dropped just under 10% since the vote to leave was confirmed. The value may fall further but the UK Government has already said that it would take steps to shore up the Pound if necessary.

The weaker Pound will have an effect when banks calculate a client’s affordability status. For borderline clients, this may result in the mortgage being declined rather than approved. However, it’s important to realise that banks here always consider the exchange rate and if Sterling recovers against the Euro this will have a positive effect on the affordability status of British clients.

“The weaker Pound will have an effect when banks calculate a client’s affordability status.“

In terms of interest rates, the European Central Bank (ECB) has confirmed it is ready to manage the impact on the financial markets and the banking system as a result of Britain voting to leave the EU. They had already confirmed on many occasions that rates will remain low for a sustained period and they want to continue to fulfil their responsibility for providing price and financial stability in the eurozone.

How do we think the Brexit will affect Spanish house buying in general?

Whilst it may be too soon to tell, we think that overall demand for Spanish property from overseas buyers won’t be greatly affected. For most people, buying in Spain is a lifestyle choice and the alternatives, such as buying in countries like Turkey or Greece aren’t an option for them. We may even see an increase in the number of UK nationals choosing to emigrate to Spain from the UK.

“For most people, buying in Spain is a lifestyle choice and the alternatives, such as buying in countries like Turkey or Greece aren’t an option for them. We may even see an increase in the number of UK nationals choosing to emigrate to Spain from the UK.“

From Mortgage Direct’s experience so far since the result was announced, we have seen a very small decrease in mortgage enquiries from British property buyers. Just one existing client, who was ready to purchase, has pulled out all together, which is mainly due to the exchange rate movement. We have also had two potential clients who have e-mailed us to confirm that they are even more determined to move to Spain as fiscal residents now that the UK has voted out (even if their UK homes have fallen in value by the time they come to sell them and their spending capacity to buy in Spain is reduced). Finally, a UK client who completed last month has got in touch today to seek the possibilities of a 2nd purchase with a 2nd mortgage here in Spain.

There have been several events or crises in the last 10 years that were expected to result in drastically reduced numbers of British and foreign buyers. Focussing on British buyers once more, we must remember that it was only 3 years ago that the exchange rate was 1.15 Pounds to the Euro and at the end of 2008 the two currencies were close to equal value but still, Brits continued to buy in Spain despite the nervousness at the time that they wouldn’t. On the contrary, the numbers have been increasing steadily over time.

So, the next few years are certainly going to be interesting both politically and economically. Whilst we realise that many of our clients will be nervous about buying in Spain, we also believe that the vast majority will still pursue their dream of buying properties here. Property prices are very low, mortgage interest rates look set to remain low for an extended period and Spain remains the most popular destination for British tourists and second-home buyers.

“Property prices are very low, mortgage interest rates look set to remain low for an extended period and Spain remains the most popular destination for British tourists and second-home buyers.“ 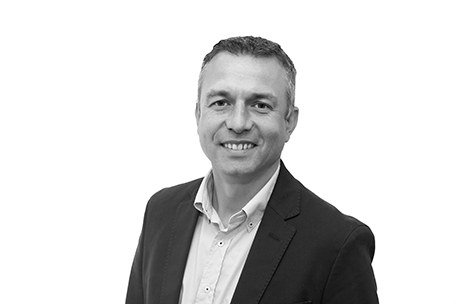